The first post on this site received a number of comments with a multitude of opinions, stories and a keen support of this initiative. One of those commentators was KUKU, an American born Nigerian man living in Washington, DC who makes beautiful music by blending English with his native Nigerian language, Yoruba.

When I first listened to Baba Lo Lope on KUKU’s website Sanni was still sleeping. As the sounds of his own language brought him awake he came to me, ‘what’s this?’ he asked in his usual sleepy, confused, first-thing-in-the-morning voice. Sanni’s smile broadened as he translated the lyrics and explained the song spoke of ones love for the Creator, and how tolerance among all beliefs is needed. Even though I felt at a loss for the true essence of KUKU’s lyrics, I didn’t lose the intention. In an interview I asked KUKU about this:

Do you find that by singing in Yoruba that the message in your music can be lost to those who don’t understand the language?

When singing in Yoruba to non-speakers I believe the message is never lost. Emotion, compassion and peace  is what I’m presenting in my music, and it doesn’t take language to convey that. “Imagine” by John Lennon didn’t  need to be  translated to be felt across the world. Yoruba is such a beautiful tonal and melodic language, it almost like you singing when you simply speak it. I’ve heard people tell me countless times, “I don’t hear what you are saying but it was beautifully felt.”

It seems this is a core element to the music KUKU creates, especially because his audiences range in cultures all around the world. Although born in America, KUKU was raised in his homeland Lagos, Nigeria, until the age of 18 when he returned to the US to continue his studies; this influenced much of his later musical influences and created a unique view of multiculturalism in music:

Being a product of multicultural upbringing is wealth beyond physical currency. I feel like I’m better equipped with the integrity and experience to bridge both cultures’ understanding through music. Trying to make American, African/Yoruba/Nigerian, or any kind music without submerging yourself its culture of origin often gives rise to mediocrity or bad imitation. Singing a Soul, R&B or a Yoruba song is second nature to me; I don’t try to be it, I am “IT”. Since I can’t deny my multicultural influences what I do, or try to do, is merge these cultures seamlessly under my one of kind DNA. 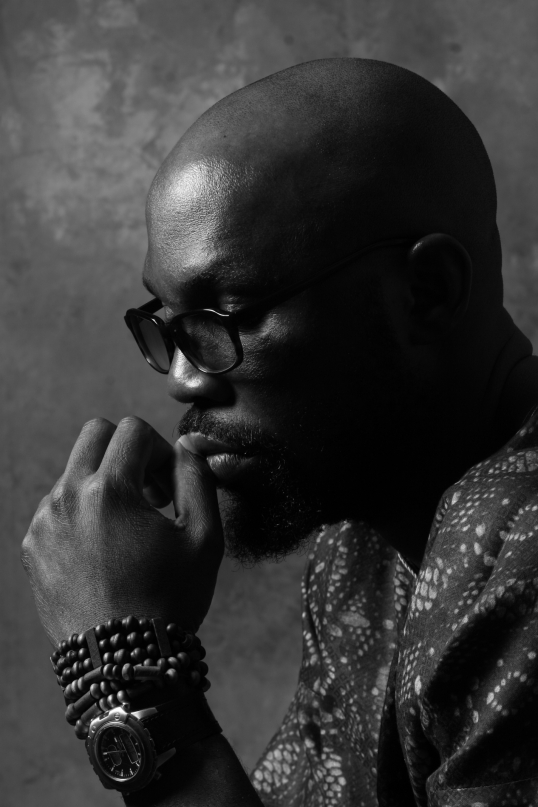 KUKU is the Soldier of Peace

KUKU is a person whose determination to make inspiring music comes from his own name. It is a name that means to ‘pass away and yet remain’ akin to how ancestors remain in our lives long after they’ve passed. “You can’t get rid of me,” KUKU says light-heartedly. “I’m destined to remain in your ears and heart even when I’m long gone.”

KUKU’s latest album, SOLDIER OF PEACE (BÁLÓGŪN ÌRÒRÙN), is due for release in the very near future. It’s title stemming from a friends observation of KUKU’s gentle nature, that of a man who speaks of a peaceful mission but with the heart and determination of a man who wants change. In Nigeria, a track from the forthcoming album, he sings the powerful truth:

Crooked cops runs the streets, reckless Okada bikes run the road, corrupt politicians rule my land, power outs are constant, child labour blooms, some who spoke out loud have disappeared and still my people smile, and still my people laugh, one day we believe our stars will rise.

He is a man who feels strongly for the voice of his people, collectively Nigerians and Africans. He wrote in agreement to my About an African Queen post about the negative portrayal of Africans by western media, however, when it comes to his own music he suggests that it is the western media who have represented him more:

Thus far I’ve had the western culture telling my stories far better than my native Nigerians/Africa, perhaps it is due to my US home base and lack of adequate exposure to my people, but I seriously doubt that. History as shown us that ‘prophecy is never accepted first in his home of origin,’ and as far as I’m concerned, the western world has a better chance telling Africa’s positive stories while Africa continues to create the success stories.

I don’t need to be accepted by outsiders before that of my people, in fact I prefer it the other way around, but so far my people haven’t responded. Of course I don’t have the promotional power of the big record companies, but I do have a wonderful web presence that showcases an honest and original product. Despite the heavy Yoruba/African content in my music, native African’s are the smallest percentage of people at my live shows. I am not complaining, it’s just an honest observation of my audience, 90% of my support has come from places like France, UK and Japan.That said, the reception to my music as been great within the relatively small Nigerian/Africa circle that I’ve experienced it.

While my music is still relatively unknown by Nigerians, we are working on connecting with more Yoruba people, Nigerians, and Africans, some very eclectic Africans on the land and in Diaspora are already getting hip to it. It’s not an easy task promoting honest and wholesome art in this day and age. I invest my time outside creating music on trying to connect with the listeners that would appreciate but are unaware of my music.

SOLDIER OF PEACE is an positive blend of who KUKU is and fulfills the difficult task of bringing western and African influences together. And as for Sanni, his eyebrows rose to the tune of What if God is … (a Woman), something he & I have had many heated discussions about. It’s a heart-filled, challenging album and one any culture would appreciate.

2 thoughts on “KUKU: Where African and Western Music Positively Blend”